Between December 2007 and June 2009 the American construction industry lost 1.5 million jobs, a decline of 19.8 percent – the largest of any supersector except farming.

So how do you explain the Fyrst brothers, Tim and Kai?

The Yelm siblings, after seven years of working for other builders, ventured into entrepreneurship in their early 20s, launching general contracting business First Finishers, LLC in 2005.  Then, in the height of the recession, the duo added a second business, Roofing Pros, in 2009.  A third sister company, The Showroom, Inc., debuted last year.

Now, all three are thriving.  Their projects have ranged from a martini bar remodel at Dillinger’s Cocktail and Kitchen in Olympia to the interiors of Victoria’s Secret at Capital Mall to roofing for several Olive Garden restaurants.  Their clients span the region from Seattle to Steilacoom and Olympia to Tacoma.

“We’ve grown every year to where we are today,” said Tim, who calls his business “fortunate” to have seen such growth in an uncertain landscape.  Equally burdensome at times, added Kai, has been the construction industry’s negative stigma,which colors perceptions on both good and bad contractors alike, he said.

“The fact is, there are so many lousy contractors and people with bad experiences out there,” said Kai.  “Contractors overall are kind of seen like used car salesmen.  You have to earn the trust of the customer.”

“We started First Finishers because we preferred the way that we did business versus some of the people we’d worked with, because we didn’t agree with their ethics,” Tim explained.  “We saw what happens if you try to make too many compromises.”

It’s an attitude that has fueled the Fyrst’s approach to building their business.  Roofing Pros was born when the two were getting multiple requests a week for roofing but didn’t feel comfortable referring their clients to businesses when they couldn’t guarantee the quality.  Similar frustrations led to the establishment of The Showroom, when delays and losses incurred within their projects’ supply chains simply motivated the Fyrsts to pull the trigger yet again.

“I can’t tell you how many times we’d call a company and they’d forgotten to put the order in,” said Tim.  “Then, you’re in a time crunch, and we would need to pay additional money to make sure the customers got something, and it would have to be upgraded.”

With The Showroom, the Fyrsts decided to take on all aspects of the business, from delivery to distribution to pricing and quality of merchandise.

“Now we have full control of timing, price and quality,” said Tim.  “When people come here, everything that we show is something we actually have installed.  We like the products and the manufacturer stands behind them.”

The brothers’ refusal to compromise on their work extends to knowing when to say no to potential clients.  Sometimes, said Kai, clients will offer to sign a disclaimer on projects that are problematic – but experience has taught them that being selective goes both ways.

“We’ve become wiser,” he says.  “If we don’t feel like we can do something well, we’ll politely decline or give someone some advice and point them in another direction.  In the end, we’re still liable for it.”

It’s one more lesson the pair has learned along the way, and, according to Tim, it won’t be the last.

“When you start out, you think you know everything,” he said, “but once you get more experience you start to understand how much more you can know.”

“That’s why we’ve brought on guys that are really knowledgeable, because we won’t tell someone what to do if they have a better understanding of it,” chimed Kai.  “It’s not about being the boss.  We try to take everything in and see the value in it.” 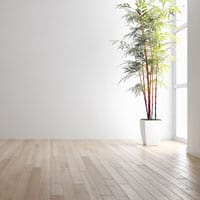 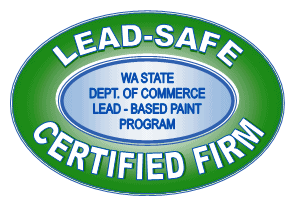